ORIGINALLY PUBLISHED IN HOW TO HUSTLE AND WIN, PT. ONE 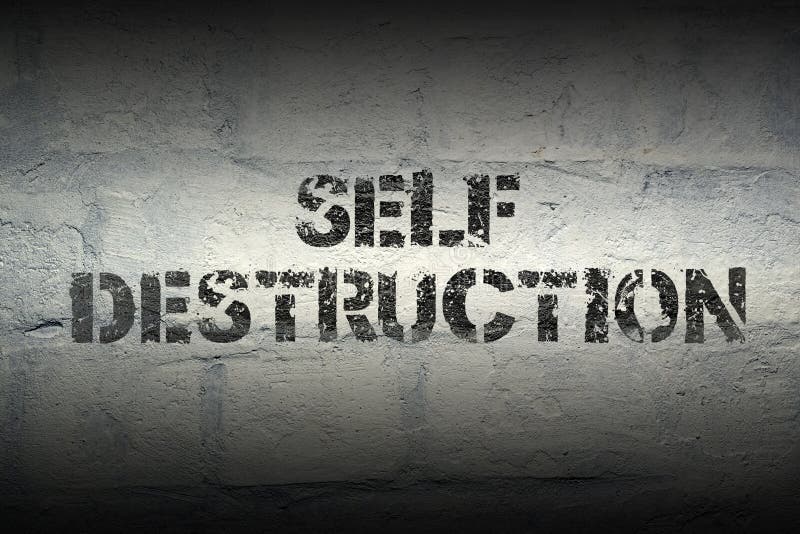 I know people think I’m playing when I say “kill yourself” throughout this book. Of course I don’t want anybody to really commit suicide. But the truth is, most of us are killing ourselves ANYWAY. If you want some sure-fire ways to destroy yourself, just check out the following. Before you begin however, decide what age you want to live to. You’ll need this number, so keep it in your head.

1. Stay Angry. A little anger here and there isn’t all bad. It’s actually better for you than other emotions, like fear and doubt. But like anything you can have too much of, is best in moderation. If you stay angry for long periods of time, you’ll actually end up with health issues, like high blood pressure, sleep disorders and lung damage. As the Buddha said, “Holding on to anger is like grasping a hot coal with the intent of throwing it at someone else; you are the one who gets burned.” (If this description applies to you in any way, take 10 years off the age you have in your head)

2. Sacrifice Sleep. Too little sleep (less than 6 or 7 hours a night) has been tied to many different health problems, including obesity, diabetes and cancer. Mental fatigue is also just as bad as alcohol when it comes to the worst risk factor for vehicular accidents. That’s why you can get pulled over for driving drunk or just sleepy… and go to jail either way. (Take off 5 years)

3. Get into the Wrong Line of Work. Want to die for your country…way before you should? I don’t only mean joining the army or the police force. There are plenty of jobs that will overwork and underpay you until you have nothing left to give. Oh, and let’s not forget about all the illegal ways to make money, where most people never make it out successfully. (Take off 8 years)

4. Ignore the Doctor. It’s almost impossible to get a man to take a physical exam. But if you want to find out anything before it’s too late, you need to schedule an appointment. If you don’t like doctors, see a holistic healer. If not, at least start reading books on health, like this one. If you don’t want to listen to anybody, just kill yourself now. (Take off 12)

5. Dumb Down Your Brain. Reading, doing crosswords and problem-solving are good ways to prevent Alzheimer’s, adegenerative brain disease that affects most people who live to be old enough. On the other hand, every 1% gain in your literacy increases your life expectancy by 2 years. Anyway, a dumb life is a life full of problems that never get solved. And those problems will kill you faster than losing sleep ever could. (Take off 14)

6. Have a Lot of Sex. Sex in itself isn’t really bad. In fact, it’s usually great. But depending on how you do it, you maybe signing your death certificate. Keep avoiding those check-ups, checking out your partner’s background, and forgetting to strap up. Watch what happens. Don’t forget that 12 million Americans contract STDs every year, many of which can leave you unable to make or have children. (Take off 9)

7. Drink a Lot. The occasional drink of alcohol ain’t so bad, as long as it ain’t Thunderbird or Wild Irish Rose. Actually, a glass of red wine can be good for your heart. But more than two drinks per day, and you’re looking at permanent liver damage or diabetes. Alcohol is also the root cause of nearly 100,000 deaths per year. Not to mention all the stupid, life-threatening problems created on “courage juice.” (Take off 14)

8. Stress Out. Creating more stress in your life is a great way to invite all kinds of diseases to attack the body. When you’re always stressed, your adrenal glands are forced to work overtime and will eventually wear themselves out, which seriously weakens your immune system. Next thing you know, you’re stressed AND sick. Not to mention that stressed-out people are more “ready to die” than regular folks. (Take off 20)

9. Watch TV. The average American spends a full 9 years of his life watching TV. Those are years that could be spent exercising, reading, or working for social change. Unless you only watch the science and history channels, you’re on your way to being an overweight, lazy, TV- addicted couch potato. And that’s a recipe for early death. (Take off 9)

10. Associate with the Wrong People. Whether it’s a gang where people care more about whether you pay your dues than whether you live or die, or a relationship that drives you insane, there are a lot of people that will make your life shorter. If you want to live: Avoid people who don’t care about their lives, because they won’t care about yours, and avoid people who will suck the life out of you… even if she can suck the life out of you. (Take off 8)

11. Smoke. Tobacco-related illnesses are America’s number two killer. They’re also the most preventable. We all know that smoking leads to a dozen different cancers throughout the body. Smoking is also a major cause of heart disease, bronchitis, emphysema, stroke, and even contributes to the severity of pneumonia. Plus it causes asthma and cancer in the innocent people we smoke around. Just one cigarette can immediately increase your blood pressure and decrease the circulation to your head and limbs. Imagine what a pack does to you. (Take off 18)

12. Eat Junk. In 2006, at least 400,000 Americans managed to kill themselves based almost solely on what they ate. Heart disease is the country’s number one killer and – although some of that comes from genetics – most of it’s due to the crap we eat. Besides all the fat and cholesterol, the chemicals, hormones, and drugs they put in our food are killing us slowly no matter how you cut it. Not to mention all the worms and parasites already in your meat! (Take off 18)

13. Hate Yourself. Here’s an easy way to die faster. Live a miserable life that you hate. Hate everything about it, including yourself. Before long, you’ll either create the kind of problems that will eventually destroy you, or you’ll just give up and kill yourself. (Take off 15)

So…are you destroying yourself right now? What age did you end up with? I hope it’s not a negative number! No matter what number you came up with, learn this lesson.

Want more? Be sure to check out “13 Ways to Destroy Yourself” in The Hood Health Handbook: Volume 1 !